Course Completion Certificate for BHAVANISAGAR- 52 Batch has been published.

There is no rail connectivity to Bhavanisagar. The nearest railway stations are Mettupalayam ( 35 Kms. ), Thiruppur Jn. ( 50 Kms. ), Coimbatore Jn. ( 72 Kms. ) and Erode Jn. ( 80 Kms ).There are adequate bus connectivity from Erode, Gobichettipalayam, Sathyamangalam, Punjai Puliyampatti, Coimbatore, Thiruppur, Mettupalayam, etc.,The Institute is located in the heart of the Township, Bhavanisagar. It is just 200 Mtrs. from the Bus Stand. 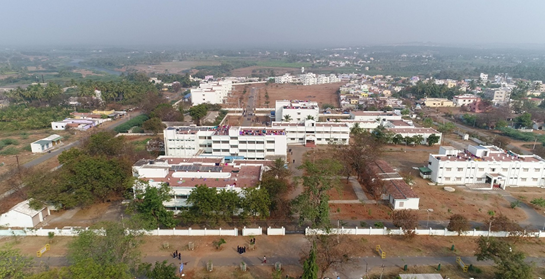 The Sathyamangalam RF along with Thalavadi is the constituent of Eastern slope of the Western Ghats, wherein we could observe the distribution of forests in to five distinct patterns, based on the altitude. They are, Sub Tropical Shrub Jungle, High Tropical Savannah, Dry Deciduous Forest, Moist Deciduous Forest and High Altitude Semi-Evergreen Forest, in the ascending altitude order.

Thengumarahada, in the foothills of the Nilgiris (located at a distance of 50 KM from Bhavanisagar) is one of the most famous preferred Breeding Grounds for the elephants in Western Ghats.

Bhavanisagar is infact a recovery forest, means the lost habitat is slowly rejuvenating. It forms part of the Nilgiris Biosphere Reserve (UNESCO) and the rich biodiversity of western Ghats can be observed here.

The dam is considered to be among the biggest earthen dam in the country. It is also the second biggest earthen dam in the World. The length of the earthen bund itself runs in to 8 Kms. from Zero Point. The Dam was constructed during post independent period from 1948 to 1955. The construction cost of the dam was 21.00 Crore. It is a Multi-Purpose Dam. It is used to store water for irrigation, generate electricity, supply drinking water, control flood and control the silt formation in the downstream river.

The Height of the Dam is 40 Mtrs. ( 120 Ft ) and the carrying capacity of the Dam is 32.8 TMC. The FRL ( Full Reservoir Level ) is 120 Ft. It forms the tail end of the long river chain on the eastern side of the Western Ghats in Nilgiris. The Dam receives water through Southwest Monsoon from two main streams/ catchment areas from the Western Ghats. One stream is from Upper Bhavani, Avalanche, Emerald, Kundha, Gedhai, Pillur, Nellithurai and Lower Bhavani        ( Bhavanisagar ). The other stream called as Western Catchment starts from Portimund, Parson’s Valley, Pykara, Glenmorgan, Chinkara, Maravakandy, Moyar, Thengumarahatta and Lower Bhavani ( Bhavanisagar ).

Bhavani Sagar dam is constructed on Bhavani River, which is merely under the union of Moyar River. The dam is used to divert water to the Lower Bhavani Project Canal. The Dam houses two Hydel Power Stations one on the East Bank Canal and the other on the main Bhavani River. Each of the Units has 16 MW installed capacity. Thus, 32 MW of power is generated almost throughout the year. There is a garden in front of this dam, which makes it a good picnic spot in this area.